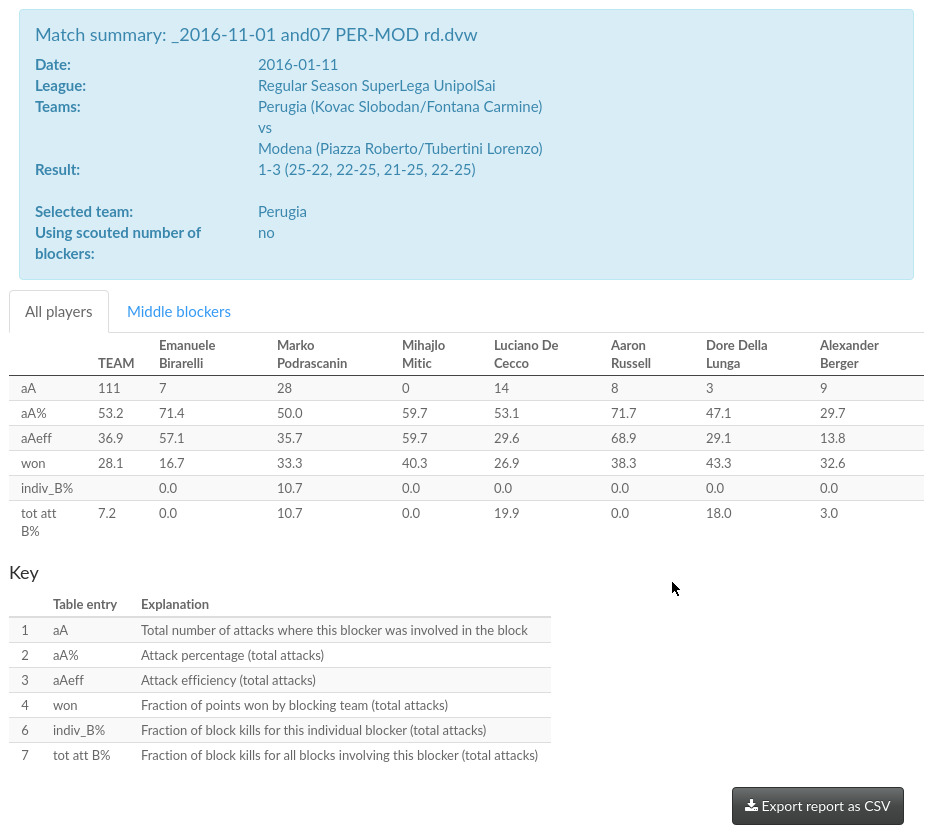 Amongst our collection of analytical volleyball apps is this one for analysing blocking performance.

Traditionally, blocking performance is measured by a blocker’s block kills or touches. However, these measures are unlikely to tell the whole story. For one, isn’t difficult to imagine that a blocker could have an influence on a match without getting a single block kill (or for that matter even touching the ball at all). Secondly, block kills in particular are relatively rare occurrences. Top blockers (in international men’s competition) have a block rate of less than 10%. The occurrence rate of rare events can be difficult to estimate reliably, and so block kill rate is probably not a good indicator of more general blocking performance.

This app takes a different approach. It keeps track of each player’s blocking attempts, and reports on opposition attack success when facing that blocker. Attack success is broken down by opposition attack type or start location, and depending on the options chosen can report on block participation as well (so that you can look for situations in which a player doesn’t block when they should).

And of course block kills are shown as well.

The app has a couple of demonstration data sets that show its capabilities. Users wishing to use their own data can purchase a subscription. This allows you to work with your own data, analyzing single or multiple matches at once. A subscription also gives you access to all of our other apps.