Previously, we described the colour patterns in Grevillea flowers across Australia. The results showed a broad spatial pattern, with red being most dominant in the southern parts of the continent. The input data to those analyses were flower photographs, and the spatial locations at which each species has been recorded to be present. From each of the photographs, we extracted a palette giving the colours present in the flowers and their relative frequencies.

Given the colour palette corresponding to flowers from a particular taxon (species or sub-species), the degree of colour variation within that palette can be quantified, using a fairly simple procedure:

This gives an index of colour variability (how dissimilar in colour are two randomly-selected pixels likely to be?). For species that have consistent flower colour patterns (i.e. all of the flowers of the species are similar in their colouration) then this value represents the within-flower colour variability. High values might indicate, for example, that the perianth is a different colour to the style, as with Grevillea scortechinii. Alternatively, if the species is one that has different colour variants (and if the colour palette adequately represents that range of variants) then this value is a more general indicator of within-species flower colour variability. Grevillea alpina, for example, can have flowers that are a single cream, green, yellow, orange, pink, or dull red colour, or combinations of these.

Does within-species colour variability depend on the dominant colour of the flower? The mode of the hue distribution within a colour palette (i.e. the most likely colour in that palette) can be used as an indicator of the predominant colour. 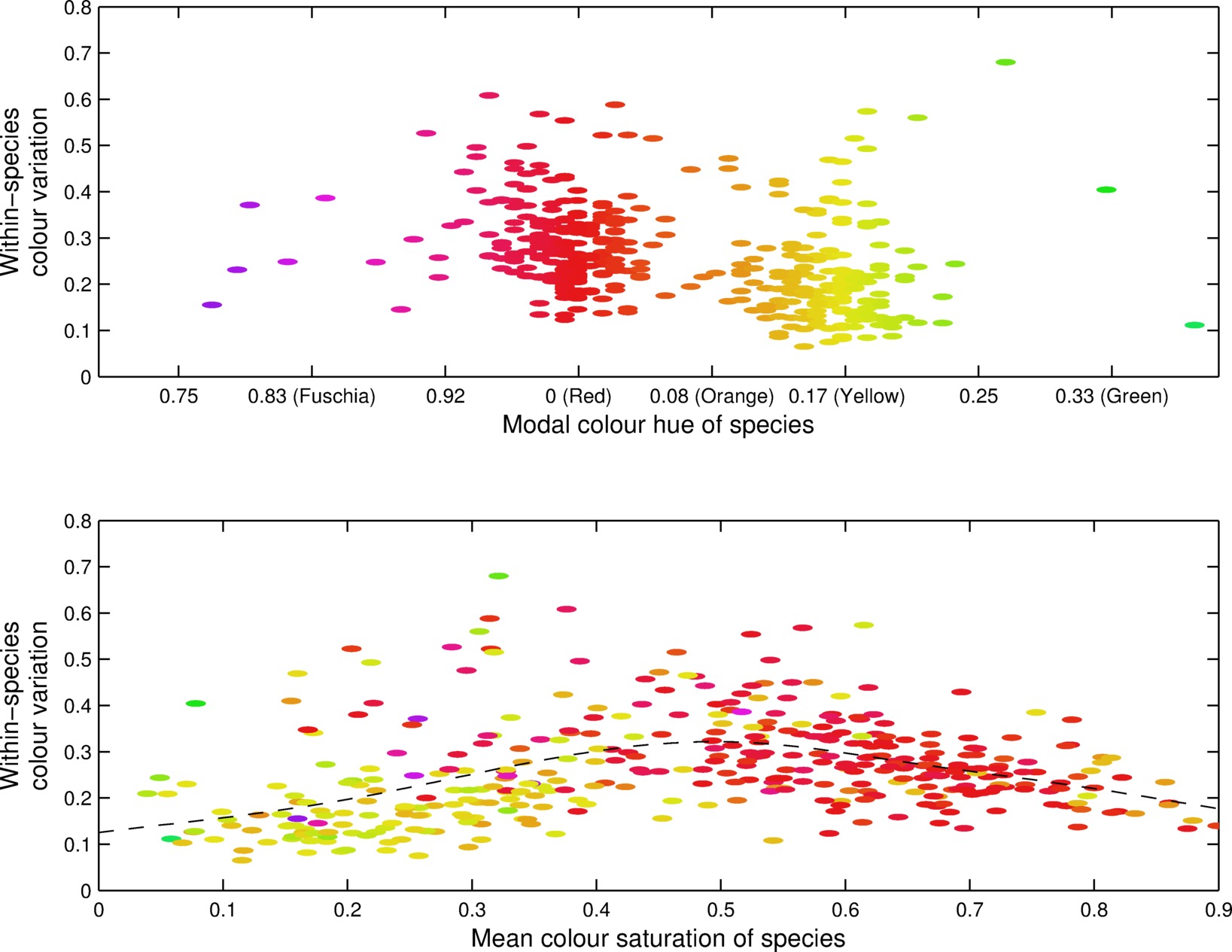 Figure 1: Within-species colour variability plotted against the predominant colour of the species (top) and the mean colour saturation (bottom). The colour of each point matches the ``modal colour hue" value in the top panel, and is the same in both panels. Dashed line shows smooth fit for reference

Other aspects of the within-species colour variability differences might simply be quirks of the way that colour differences have been quantified. For example, many colour palettes, both red and yellow, have green elements. Green (in RGB or HSV colour space) is closer to yellow than it is to red, and so red flowers with green elements will appear to be more colour-variable than yellow flowers with similar green elements. 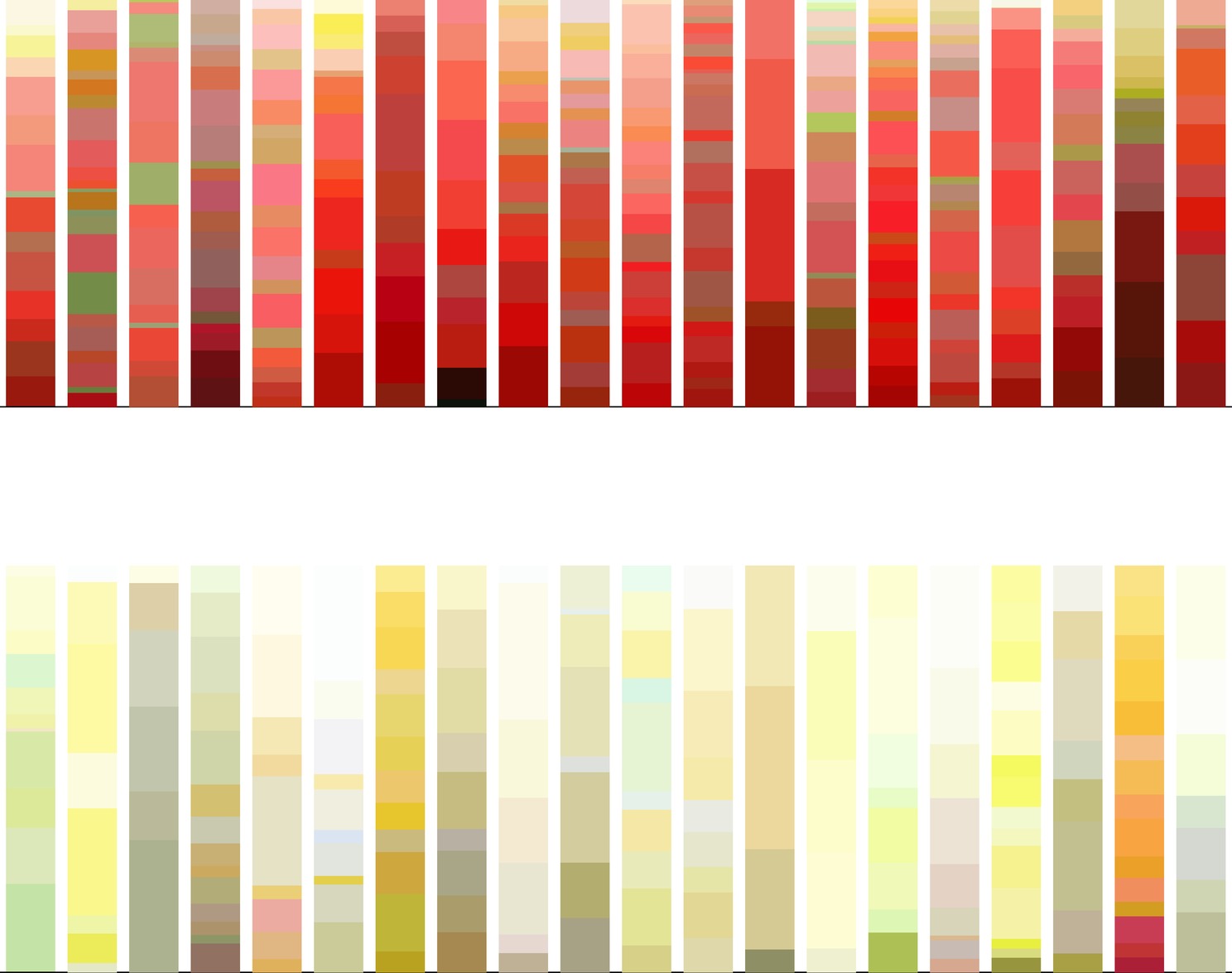 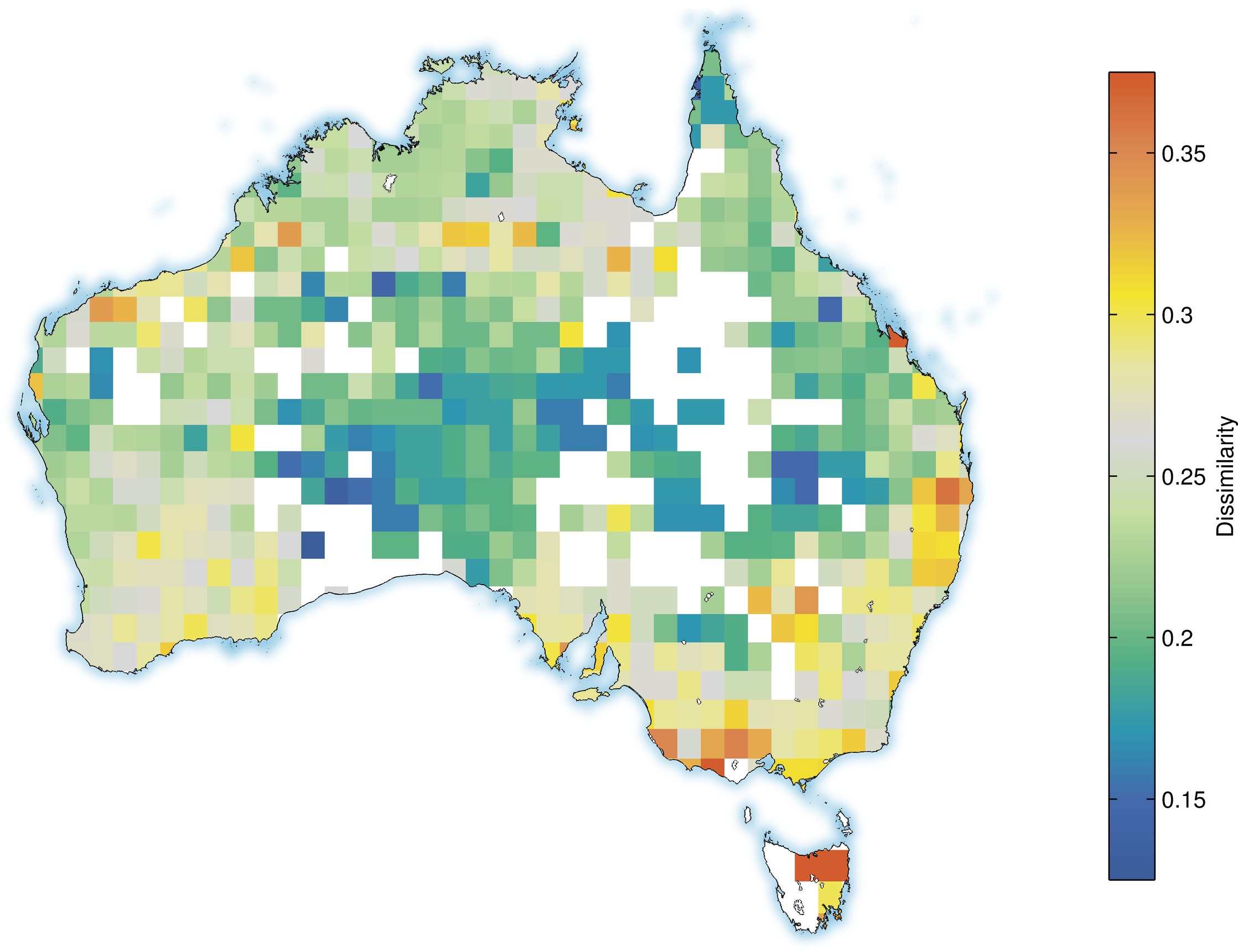 Not surprisingly, this spatial pattern of within-species colour variability shows a striking similarity to the colour pattern in the original article (reproduced here in Figure 4). The southern parts of the continent, which have predominantly red flowers, are also those with high colour variability.